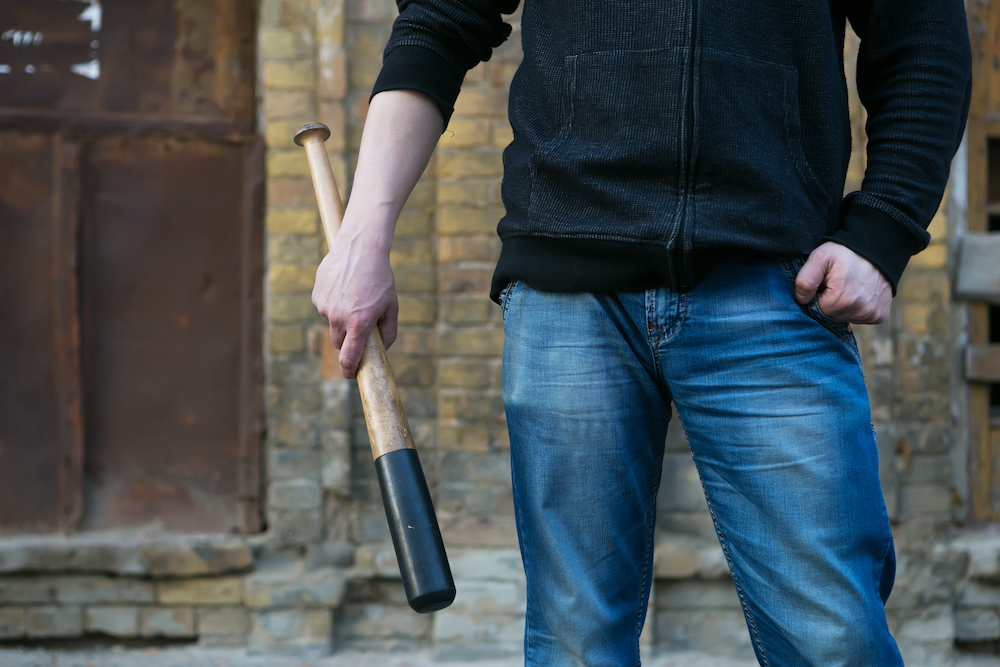 In the state of California, assault charges are taken very seriously. Penal Code 245 PC (a) 1 provides a definition for assault with a deadly weapon:

“Any person who commits an assault upon the person of another with a deadly weapon or instrument other than a firearm shall be punished by imprisonment in the state prison for two, three, or four years, or in a county jail for not exceeding one year, or by a fine not exceeding ten thousand dollars ($10,000), or by both the fine and imprisonment.”

Further, the law states that an offense can be considered an assault even if no harm was done to the victim. The prosecutor only needs to prove that “any means of force likely to produce great bodily injury” occurred.

Also known as aggravated assault, assault with a deadly weapon is considered a wobbler offense, meaning that it can be charged as either a misdemeanor or a felony. A felony conviction can result in significant fines and up to 4 years in prison.

Deadly Weapon: Under the law, a deadly weapon is anything that has the potential to cause great bodily harm if used with force great enough to cause harm or death. Examples of deadly weapons can cover a wide range of objects depending on the specifics of the case. Rocks, broken bottles, vehicles, dogs, writing implements and even an unloaded gun can all be considered deadly weapons.

Great Bodily Injury: Although the definition is not clear cut, great bodily harm generally refers to injuries that are significant or result in a substantial injury. Bullet wounds and broken bones would fall under this category. However, black eyes and cuts can also be considered great bodily injury.

Assault with a Deadly Weapon Defenses

Assault with a deadly weapon charges can be thrown at you fairly easily, especially since the victim does not need to sustain any injuries. If you are accused of assault with a deadly weapon, you should immediately hire a criminal defense attorney with experience fighting this kind of charge. A skilled attorney can present a strong defense on your behalf and get you the justice you deserve.

There are a number of common defenses to an assault with a deadly weapon charge, including:

Are you facing assault with a deadly weapon charges in San Diego County?

When you need an attorney you can rely on, call the Law Office of Joni Eisenstein today. For over 25 years, she has been a leading attorney in San Diego County representing criminal defendants facing a variety of charges including assault with a deadly weapon.

If you are facing assault charges, you need an attorney who can represent your best interests. An assault with a deadly weapon conviction can be a misdemeanor or a felony. In either case, you want someone with skill, competence and tenacity on your side. At the Law Office of Joni Eisenstein, we can help you obtain the best possible outcome for your specific case. Contact our office today to schedule your free consultation with our reputable assault defense attorney in Oceanside.