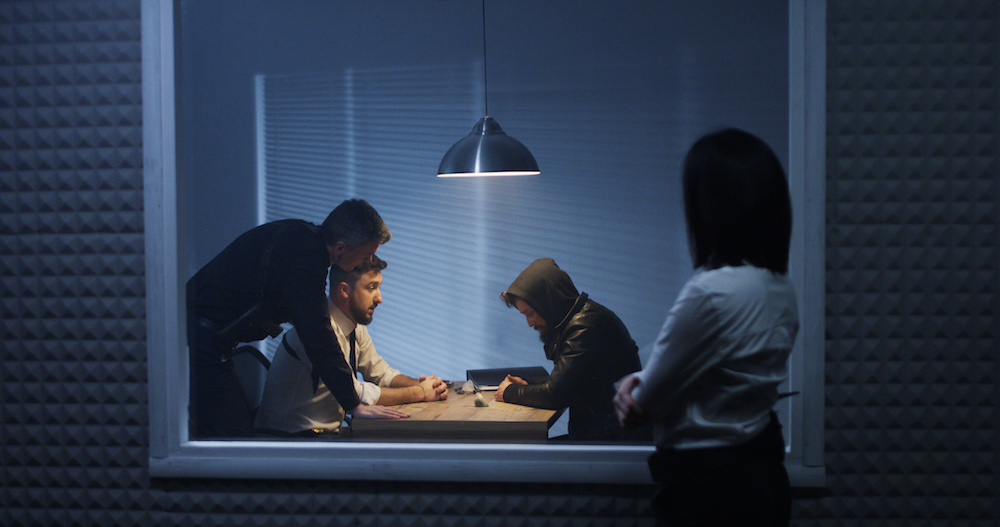 Many people naively believe that the police cannot lie to citizens while performing their jobs. In reality, they can and often do lie to suspects to gain a confession or obtain evidence in a case. Police lies can trap innocent people into confessing to a crime they did not commit. The result is a miscarriage of justice for the innocent as well as the victims to the crime.

Is it legal for the police to lie to suspects in a crime? What kinds of lies are the police legally allowed to tell? What should you do if the police lied to you to gain a confession or conviction in a case?

Law enforcement are able to tell mistruths in order to obtain their desired outcomes. This tactic is commonly used in the interrogation room when they are trying to pin a crime on a suspect. Often, they firmly believe that a person is guilty, and believe that telling a lie to get the confession is simply a means to an end.

“We have your DNA (or fingerprint) evidence at the scene of the crime.”

Police may tell a suspect that they have found physical evidence such as DNA or fingerprints at the scene when they have not. This type of evidence takes time to uncover and procure; police will rarely have access to this evidence for some time. However, this lie can be very convincing for suspects who are under pressure to confess.

“This conversation will be off the record.”

“If you cooperate, we will give you a deal.”

This is a common lie that we frequently see in television crime shows. In reality, the police have nothing to do with sentencing and do not have the power or authority to recommend or deliver a lighter sentence. The District Attorney handles sentencing.

“Your friend confessed to the crime and pointed to you as his accomplice.”

Falsely claiming that an accomplice or eye witness has pointed the finger at the suspect is another common tactic police may use to obtain a confession. They may also say that they have damning evidence, when in fact, they have no evidence against you. By doing this, they hope that you will make admissions that they can use against you.

When Does a Police Lie Cross the Line?

While the police are often legally allowed to tell lies to suspects, there are some limits. If a suspect is in custody, law enforcement must read them their Miranda rights. These statements inform the suspect that:

In the case of a confession, if there is a question about the legality of an interaction with law enforcement, the court must consider several factors including:

What Should You Do If You Are Questioned By Police?

If you have been taken into custody and questioned by police, keep in mind that the police can tell mistruths to obtain evidence or coerce a confession. You should remain silent until your attorney is present, no matter what deals they offer or evidence they produce.

The Law Office of Joni Eisenstein can help you navigate police interrogations and provide you with solid counsel to help you protect your rights and your freedom. Call our office today to schedule your free consultation with our experienced and reputable criminal defense attorney. Joni Eisenstein has more than 25 years of experience dealing with San Diego police interrogations and protecting the rights of suspects in a crime.