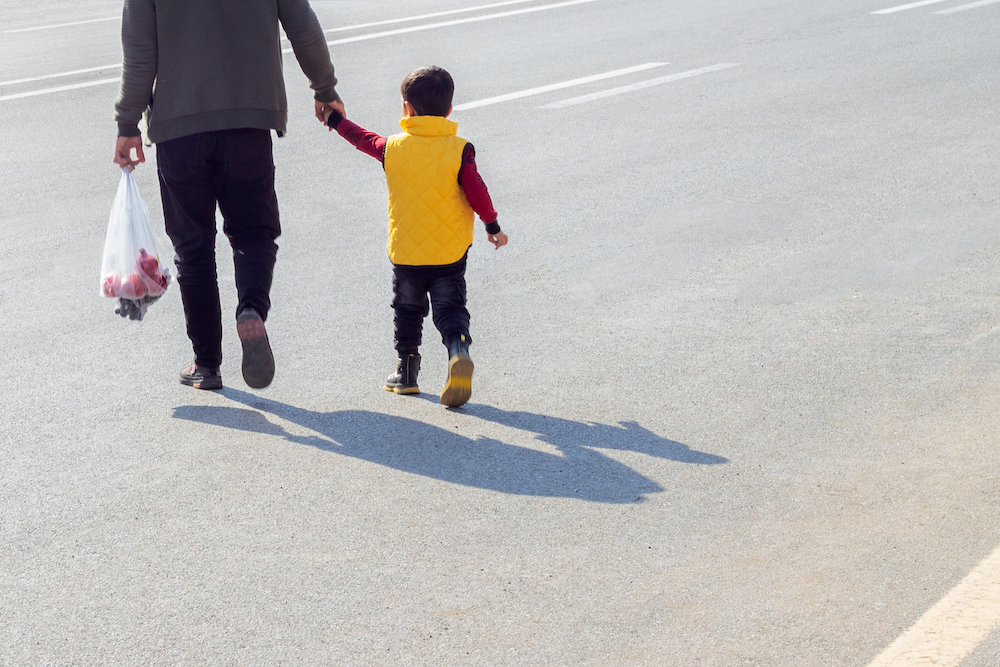 Jaywalking is a crime in the state of California that could cost you $250. It is a crime that many people in California commit on a regular basis. There is a new law currently on Governor Newsom's desk called the Freedom to Walk Act (Assembly Bill 1238). It would amend the current jaywalking laws in the California vehicle code.

Jaywalking might seem like a silly offense, but it can come with a hefty fine. Studies have also indicated that African Americans are disproportionately issued jaywalking tickets throughout the state. Advocates of the bill give multiple reasons why the decriminalization of jaywalking in the state of California is crucial.

What does the Freedom to Walk bill propose? What are the problems with the current California jaywalking laws?

Under California Vehicle Code 21955 VC, jaywalking is defined as “between adjacent intersections controlled by traffic control signal devices or by police officers, pedestrians shall not cross the roadway at any place except in a crosswalk.”

This means that a pedestrian cannot cross the street unless they are in a crosswalk. It also means that it is against the law to cross in a crosswalk where the signal indicates that they should not walk. The result of a violation is a ticket which can total about $250, when you add the fine, fees and assessments. In some cases, the fine for a relatively minor jaywalking violation is higher than many parking tickets.

AB 1238 seeks to change or eliminate certain aspects of the law that unfairly target people of color and people living in low income neighborhoods. The law would make safe street crossings, no matter if they are done at a crosswalk or with the pedestrian signal, legal. A safe street crossing is one in which there is no immediate hazard.

The law defines immediate hazard as a circumstance in which there is no car near the pedestrian and there is no car approaching at a high rate of speed. For example, a pedestrian who runs across the middle of the road far from an intersection and in front of a moving vehicle, would still be in violation. If the pedestrian crossed at that same location with no cars present, they would not receive a ticket for jaywalking.

What are the problems with the current jaywalking laws?

Proponents of AB 1238 believe there are many inherent problems with the jaywalking laws that make them unfair. The history of the law itself indicates that it was not necessarily created with pedestrian safety in mind. In fact, the law originated from efforts through car companies and auto clubs that wanted to move blame for traffic fatalities away from drivers and on to pedestrians. The goal was to make roads for cars and boost sales of their vehicles. Since this law was enacted in the 1920s, very little has changed.

The authors of the bill believe changing the law will help to prevent the criminalization of low income communities and communities with predominantly Black and Latinx residents. It would remove a pretext for police stops that has hurt these communities. Further, the exorbitant fine can place a serious burden on low income individuals.

Current jaywalking laws can disincentivize people to get around their city on foot, and instead encourage them to rely on vehicles and public transportation that can add a negative environmental impact. In addition, some communities do not make it easy to follow the current jaywalking laws. In some cases, pedestrians have to walk numerous blocks out of their way in order to cross at a crosswalk. This can make walking more time consuming and more challenging for those with limited mobility.

Your Rights When It Comes to Jaywalking

The fact that jaywalking is a common crime committed by people from all walks of life in California indicates that there is something wrong with its criminalization. If you have been approached by an officer for jaywalking, it is an infraction that you cannot be arrested for. If in your encounter you felt that your rights were violated, contact a San Diego defense attorney right away.

An illegal search of your property or detainment may be against the law and in violation of your rights. The Law Office of Joni Eisenstein can help you navigate the San Diego legal system and help you fight your charges.